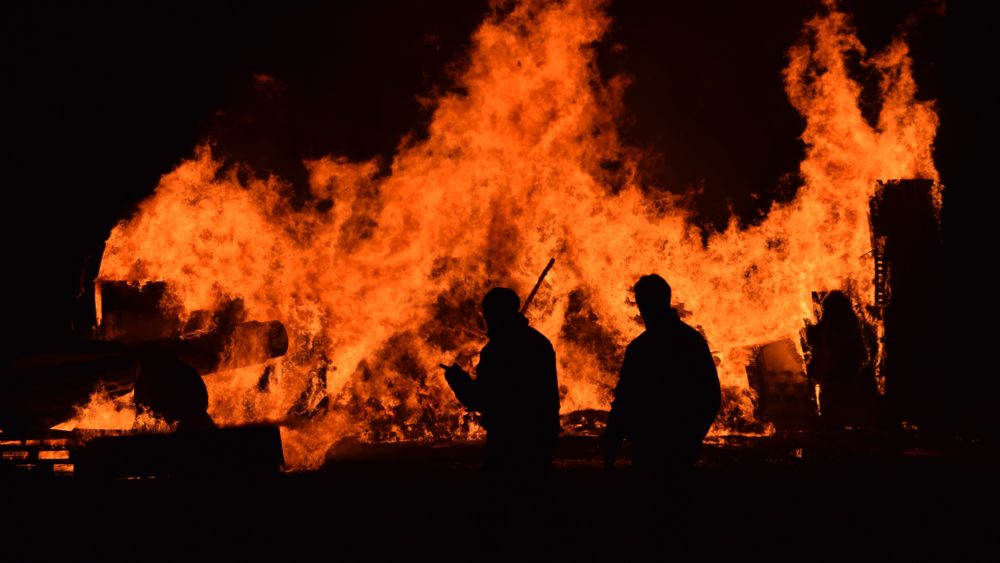 Courage in the Face of the Unknown

To my adventure friends,

Back in the summer of 1972, I had a summer job working at a feedlot outside of Amarillo, Texas. If you’ve never been to a feedlot, it’s where cattle are raised to supply food for our tables. But would you believe that during that summer, I learned some incredibly valuable lessons about courage? It’s true; over that summer, two of my co-workers, Jesus and Carlos, taught me lessons about being courageous I’ll never forget.

One afternoon at the feedlot, I was sitting at the wheel of Old Yeller, what we named the flat-bed farm truck used to carry hay to the various pens where the young cattle were kept. Beside me sat Carlos and Jesus. Old Yeller got its name because it was very old and, well, yellow. But it was infamous on the feedlot for the trouble it gave everyone. The brakes did not work very well, there was no reverse gear so the truck couldn’t go backward, and the only way to start it was to bend under the steering wheel, hold two wires together, and push the start button. For a new driver who had just earned his driver’s license three months before, starting and driving Old Yeller, was a challenge.

On this day, things started out normally. Jesus, Carlos, and I were speaking to each other in broken Spanish and English as we prepared to deliver the 80-100 bales of hay to the pens using Old Yeller. I reached down under the steering wheel, touched the wires together, and pushed the button. Instead of the engine starting, sparks and smoke started pouring out from underneath the dashboard. A fire had started! The truck cab started to fill with smoke, and I heard the sound of crackling fire below the steering wheel.

Without thinking, I yelled to Jesus and Carlos to get out as I started to open the driver’s door to my left. I barely finished yelling to Jesus and Carlos to get out when I saw Carlos go head-first out of the open window. Soon, smoke began pouring into the cab, obstructing my view of Jesus following Carlos out of the window. All the while, I was struggling to open the driver’s door to the truck, until I remembered another quirk to Old Yeller — in order to open the driver’s side door from the inside, you had to reach through the window and open the door using the handle from the outside. Quickly, I reached out the window, pushed on the handle, swung open the door, and tumbled head-first to the dirt below. Smoke was now billowing out of Old Yeller in spurts of gray and white, which I learned later as a pilot, generally means an electrical fire. All I knew then was I was happy Jesus, Carlos, and I were all safely out of Old Yeller.

There was no fire department at the feedlot, but my boss and other workers soon came to the scene of the fire. By this time, the electrical fire was burning out and the smoke began to clear. That sure was a good thing, otherwise had the flames reached the bales of hay on the flat-bed part of the truck, the fire would have turned into a grand bonfire.

It was a pretty well-known fact around the feedlot that Old Yeller was on its last legs, and just about everyone who worked there had some tale of misfortune and misadventure with that truck. Now that we were safe from the flames, Jesus, Carlos, and I brushed ourselves off and actually began to laugh. After the situation was under control, we couldn’t help but find humor in the situation. We all chuckled as our bosses and the other workers began to recount the tale of how we looked diving out of Old Yeller as the fire and smoke began to exit out the windows. It must have looked like a movie or cartoon to see three people climbing out of the windows and doors that frantically.

I assumed we had all had enough excitement for one day, and I figured our boss would tell us to go home (or maybe go to the doctor, just in case), but Jesus and Carlos weren’t ready to go home. Within minutes, they drove another truck we called Old Blue next to Old Yeller and began off-loading the hay bales to its pick-up bed. Old Blue was an ordinary pick-up truck and could not carry as much hay as Old Yeller, but it also wasn’t as much of a risk for fires. It didn’t take me long to realize that this job meant it was my responsibility to keep working until the job was finished, so I joined right in. Soon the crowd dispersed as we continued loading the bales of hay to Old Blue. For the rest of the morning, Jesus, Carlos and I made multiple trips back and forth from Old Yeller to the cattle pens, distributing the hay as needed.

It was during these trips that I learned much more about Jesus and Carlos. I wasn’t just impressed they had not let the fire stop them from their work; they also made me feel better about continuing on. As you might imagine, I was still feeling very nervous after a fire started underneath my feet. But they were as cheerful as ever and actually began to work harder to make up for the lost time caused by Old Yeller’s fire. Their attitude helped me feel more at ease, and as I settled back into my normal rhythm at the feedlot, I asked them in broken English and Spanish why they were so intent on working so fast and hard.

I was so surprised. Because this was my first real experience in any sort of a formal workplace, I hadn’t even thought about providing for a family. I thought they were like me, trying to care for just themselves. Instead, these men had left their homes, their friends, their families, and everything familiar to build a better life for the people they cared about the most—even if that meant they only got to see them every few months.

The more I asked they more I learned. They told me they were from a small village in Mexico and did not know any English when they arrived in Texas. They only knew to head to Amarillo for the promise of a job at the feedlot. Slowly it dawned on me how much courage it had taken to for them to leave their family, travel to a foreign country where they did not speak the language, and not see their families for months on end. Suddenly it made sense why they were able to keep such level heads when Old Yeller caught fire. Jesus and Carlos kept calm because they were driven by much deeper courage. Forget about diving out of an old, fiery truck. Starting over and building a whole new life in someplace completely unknown to help the ones you love the most takes real bravery and true courage.

That day taught me a lot about courage, in both myself and others, and it is a lesson I still remember many decades later. I learned that I could stay calm in an emergency and do the right thing. When the fire started, I didn’t panic, even when I could not open the door to escape. I was also able to tell Jesus and Carlos to quickly get out of Old Yeller. That courage in the face of potential danger, and my ability to remain calm helped me so many times later when I was a test pilot and astronaut.

But the courage displayed by Jesus and Carlos has also stuck with me decades later. They too remained completely calm. They reacted quickly to get out of the truck, and once we were all safe, they used humor to calm themselves down and make me feel safer. And not only that, but they also stuck to their commitments and continued working hard once the fire was put out. They kept going even in the face of something scary and unexpected.

But more than that, Jesus and Carlos never waived from their desire to care for their family. With no guaranteed success, they left their entire lives in Mexico, went to a different country, and worked hard to earn money for food and schools for the people they loved the most. I can’t imagine traveling to a completely different country, leaving my loved ones behind, without the ability to speak the language, and attempting to build a better life for my family. Every day they went to work at the feedlot was an act of courage in the face of a challenging and likely lonely situation. Their actions during the fire and their courageous choice to leave their homes to build a better life for their loved ones showed me that courage has many different sides and that we can often find amazing examples of courage in some of the most unexpected places, like an old, yellow truck on a feedlot in Texas.

What do you think? Did someone in your family, friends or neighborhood have courage? Perhaps your parents made many sacrifices for you and your family. Send me a note on this website if you have a story to tell me about an act of courage that you have witnessed.

Photo by Issy Bailey on Unsplash