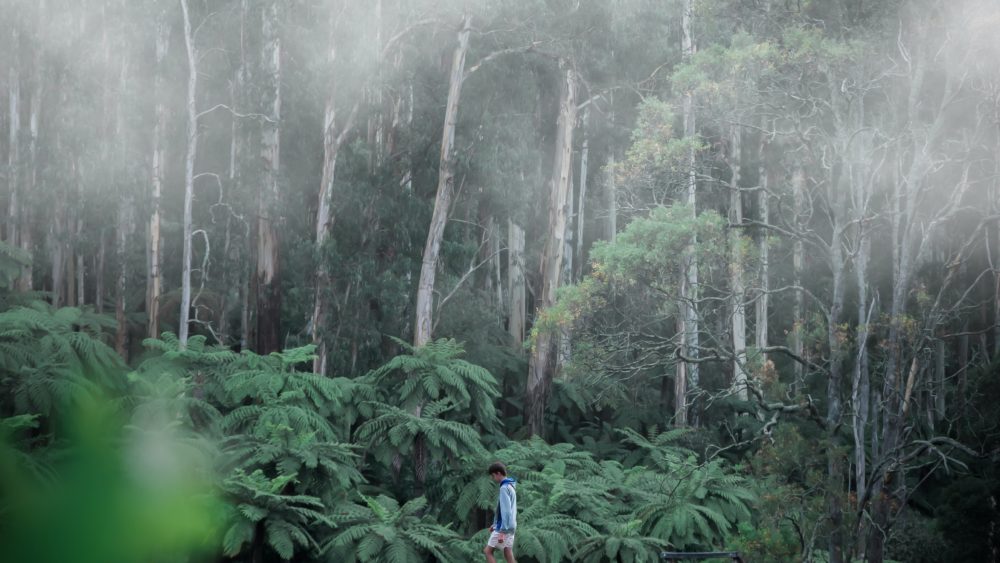 To my adventure friends,

On Sunday evening, May 3rd, in the middle of the Coronavirus outbreak, I was home reading and studying, maybe like you were, getting ready for the week ahead. On television was the movie, Raiders of the Lost Ark. As I was watching Indiana Jones on his amazing adventure to protect the Ark of the Covenant from the evil Nazis trying to steal it away, I started reminiscing about some of my own adventures, like when I hiked the Kokoda Trail in New Guinea.

Never heard of the Kokoda Trail? I am not surprised. However, if you are from Australia or New Guinea, you probably know of this very famous path that snakes its way through the deepest and darkest parts of the jungles of New Guinea. New Guinea is a large island landmass north of Australia that belongs to Indonesia, south of the equator. When I traveled there long ago, New Guinea was the name for the eastern half of this landmass. The western half was called Irian Jaya. The part of New Guinea I visited was still much uninhabited except for some coastal cities such as Port Moresby. The Owen Stanley mountain range that cuts through the middle of New Guinea and the deep tropical rain forests meant most of the population lived in small villages scattered along the dark, narrow trails that cut through the trees and rocks.

I never traveled to Irian Jaya, the western half of the island. That area was closed off to visitors during my visit and it was a largely unknown land. It was said there were still undiscovered tribes of peoples living in Irian Jaya, but I still thought New Guinea was remote and wild enough for one adventure! Lying close to the equator and covered with tropical rainforests meant night fell early and deeply each evening. As soon as the sun went behind the trees, an ever-darkening shadow fell upon the camp. As we ate our supper, blackness crept in from the forest to the campfires, and the animal sounds grew shriller. It was if the rain forest came alive at night.

Most eerie were the large, shadowy, flying figures that swept over and between the trees – bats! Large bats. They made a ruffling sound as they flew, darting from side to side. The other rustling sounds I heard were from the forest floor creatures that came out at night to find their food. Although I had often backpacked and camped growing up, I must say the rainforests of New Guinea were very different and thrilling with a bit of the unknown ever-present.

But in a place as remote and undiscovered like New Guinea, what made the Kokoda Trail so special? The trail used by the Australian military to carry men and ammunition through the mountains to fight the Japanese forces during WWII. The trail had cut through the jungle before, WWII; however, it was during this time the Kokoda trail became a household name thanks to the war in the Pacific for Australians and native New Guineans (Papuans). The Kokoda is as revered to them as Iwo Jima is to Americans.

During the war, the Japanese intended to attack Port Moresby from the north via the Kokoda Trail, coming over the Owen Stanley mountains. The Australians and Papuans were determined to stop the Japanese before that happened. The Aussies, as they were known, and Papuans trekked the Owen Stanley range using the single file Kokoda Trail, carrying their provisions, weapons, ammunition, and equipment. This was no easy feat by far! I found the trail very narrow, and it was always slippery from the constant afternoon tropical rain showers and always crossing some creek or river, and that was without the weapons, ammunition, and equipment the soldiers carried during the war.

But the trail isn’t just narrow and slippery. Parts of it were so steep that wooden steps had to be fashioned and laid into the trail just to be able to make it up slippery hills. The name, “Golden Staircase,” was given to a set of these wooden steps, 2000 of them to be exact, that covered the most difficult and treacherous part of the Kokoda Trail. It was up these steps that the Aussies and Papuans carried their food, their medical supplies, their weapons, their ammunition, and all else needed to engage the Japanese. Picture yourself carrying at least half of your body weight in heavy tropical rain, lifting your feet out of the mud and up to the next step. Twelve stair steps are generally a floor in a house or building, so this means you would be climbing over 160 stories of a building by going up the 2000 Golden Stairs. That is a very, very tall skyscraper! And that is just part of the Kokoda Trail. There were still the places where the Aussies and Papuans had to walk along precarious bridges made of just a log placed over a raging stream.

If the constant wetness, dirt, sweat, and exhaustion from carrying so much weight were not enough, there was also the battle against malaria. Yes malaria, that deadly, debilitating disease transmitted by mosquitos to man. New Guinea is a breeding ground for mosquitos carrying malaria. Malaria made many of the soldiers on the Kokoda Trail ill and weak.

All in all, the Kokoda Trail was and still is, a very inhospitable place if you are looking for luxury and a simple walk in the woods. For the Aussie and Papuan soldiers to have persevered and protected their homeland against the Japanese during WWII along the Kokoda Trail is an amazing story, and I was so excited to walk that same, precarious path.

During our hike, we heard that the crash site of a WWII aircraft had been found just off the Kokoda Trail. I was so excited; a newly discovered piece of history, right out of WWII! For decades it had existed alone in the jungle, unseen by anyone. Our tour lead asked who wanted to do the extra hike to go see it. Of course, I said yes, my mind buzzing with questions. What type of plane had crashed in the jungles of New Guinea? Did the pilot escape? Was any part salvageable? Would we know what happened? I mostly hoped that I would be able to pull out one of the flight instruments, such as the altimeter or airspeed indicator, and bring it home with me. That would have been the best remembrance of my hike along the Kokoda Trail. I thought even better would be the propeller. In my mind, I pictured digging out the propeller and carrying it on my back the rest of the trip and shipping it home to America.

The hike to the crash site was not far off of the Kokoda Trail, but the forest is so dense that it perfectly hid the crash from passing hikers. For decades, people had walked past the crash site, maybe one or two miles off the trail, and never knew it was there. Finally, we arrived at the crash site. The plane had not crashed into the jungle at an angle, meaning the pilot may have had a chance to bail out. No, it had crashed going straight down and there had been a big fire. I hoped the pilot had escaped, but I knew that planes that crashed at high speed going vertical were hard to escape. The plane was mostly destroyed when it impacted the ground. There was no cockpit. There were no instruments. The engine showed the signs of the fire that destroyed the plane. The propeller was buried into the jungle floor. I realized immediately the propeller was not going to be removed unless I had a large shovel (in fact I would have needed many helpers with shovels to dig it out). The wings and part of the fuselage were there as they had broken off on contact and were separate from the fire. I sat on one of the wings and had someone take my picture, and settled on taking home two small metal plates that carried the serial numbers to the machine guns on the wings. They are only about two inches long by an inch high. I thought I could use the serial numbers someday to find out which plane and pilot had crashed into those dark jungles. I would love to someday find out the story behind the pilot who flew that plane. Maybe he survived, came back after the war to the United States, and lived in your hometown and raised a family. He might have been the grandfather of someone you knew. Perhaps he did not survive, but it would be an honor to learn and share his story.

I left the crash site and we hiked back to the rest of the team later that day. Of all the days of my trip along the Kokoda Trail, that one was my most memorable. I am sure you too will have great adventures in your life if you continue to look around you for the unusual and the special things in your life.

Take good care of your family. Keep your hands clean during this Coronavirus and don’t be afraid.

Connect with Paul on Social Media

I’m sure you’ve got some questions for me about space, the ISS, and being an astronaut. I’ve pulled together some frequently asked questions here so we can get to know each other a bit better!