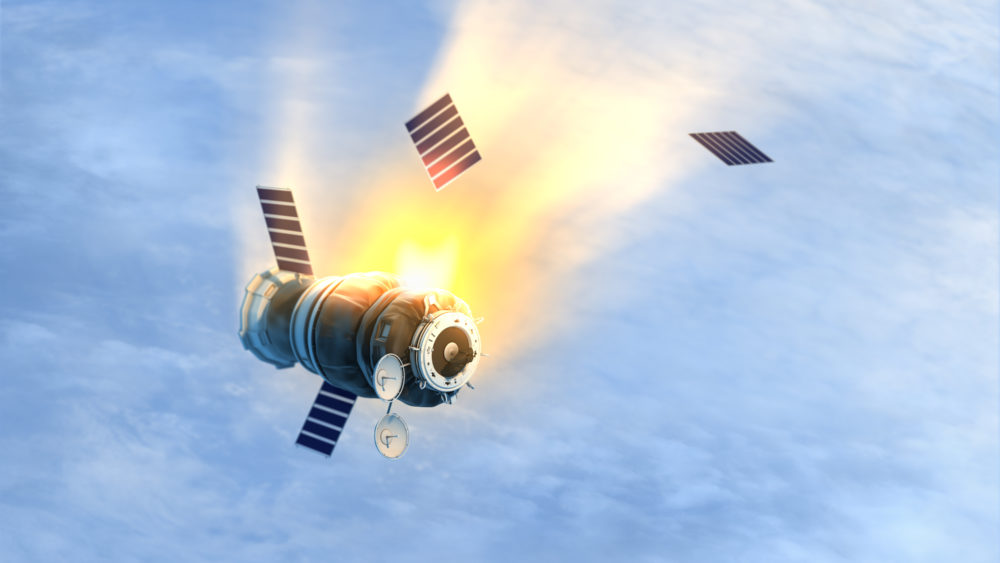 The Blood Brothers of Trust Chapter 2: An Accident in Space

General Valery Treschev, Russian Rocket Forces, stared at the screen operated by Major Sergei Korzun. He watched the numbers update the satellite’s position and attitude in its highly elliptical orbit. He drew a deep breath as he looked at the troubling readings. He forced himself to not panic. His mind began furiously to try and understand what was happening. The numbers told him a major crisis was unfolding and that he would be caught up in its fury.  Although he appeared calm, even serene, to the others in the control room, inside his stomach roiled with the feeling as if someone had punched him.

He took more deep breaths and began to consider options for solving this crisis while wondering how he was going to tell his family the bad news.  Instead of going on his family fishing trip after three years of working on Project Staring Eye, he would now be answering senior military and Russian government leaders, possibly even to Putin himself. He thought most of these people as fools, not as smart as himself. He did not want to have to figure out a simplistic way to explain what was happening to his beloved satellite so their small minds could understand what needed to be done.

“Are you positive Maj Korzun?” Sergei cocked his head towards Valery to hear him better. The General was known for his low mumble and droopy eyes which gave him the appearance of always dozing off. “Definitely. The orbit is decaying fast. It is becoming more eccentric, much less circular. I don’t think we have more than two orbits to go,” stated Sergei.  Sergei, the polar opposite of the slow-moving General, darted back and forth in front of his computer screen, jabbing at the screen and the generated computer image of the Staring Eye’s path around the earth. The screen showed the satellite orbit circling twice around the earth, then plummeting somewhere into the Atlantic Ocean.

Contine your adventure! Download the rest of Chapter 2 here: