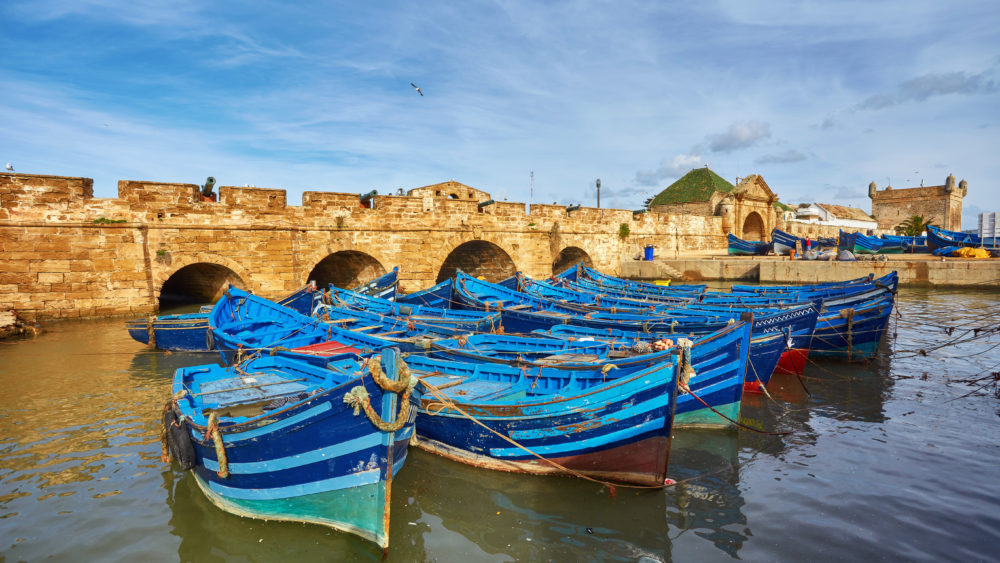 The Blood Brothers of Trust Chapter 3: Splashdown in Morocco

The collection of small, wooden boats off the coast of Morocco dropped anchor and settled into their fishing routine. Nets were gathered, weighted, balanced on the arms of the men, and then heaved in an arc towards the open waves. The sun was rising in the east and its orange rays reflected off the dark ocean.

In the turquoise and red boat anchored most northerly, Karim Rajallah and his son, Ali, tossed their net together in a synchronized swing.  They were quiet in their work, focusing on the task at hand, bobbing in the offshore shallow waters.  They had been working over an hour and already the boat’s holding bins had hundreds of small fish, some still flopping around with their mouths gaping open and closed.

It was a peaceful routine, one that Karim enjoyed doing with his 15-year-old son. In the morning’s quiet, they could talk of things just between themselves. Usually, it was about sports. Ali was a star forward on his school’s football team and was starting to have dreams of someday playing on the Moroccan national Olympic team.  This morning however, the name Rainia was mentioned many times. She was the new girl at Ali’s school. Karim knew he soon would be vying for his son’s attention now that he was growing into a young man. He smiled as he watched his son expertly lift the heavy fishing nets.

The sound came suddenly and unexpectedly, a soft whistle growing into a loud whoosh followed by a splash in the ocean some 300 yards to the north. Both Karim and Ali, instinctively ducking, looked at each other with great surprise and then in the direction of the sound, trying to see what had caused it. They could see nothing. Others in different boats nearby had also heard something zoom past and splash into the water, while those in the other boats a mile or two southward went about their business, out of earshot

.  As they continued looking, the whoosh sound came again, and a second splash hit in the same area. This time, Karim and his son saw the splash.  A bright spray of salt-water lifted into the morning son and reflected the orange and yellow rays of the sun. Then, without warning, a third, fourth and fifth whoosh screamed out of the air and slammed into the ocean. In quick succession, hundreds of unknown objects began piercing the morning stillness, causing Karim and Ali to quickly dive into their boat to find something that would protect them from the projectiles hitting the water at high speed near them.